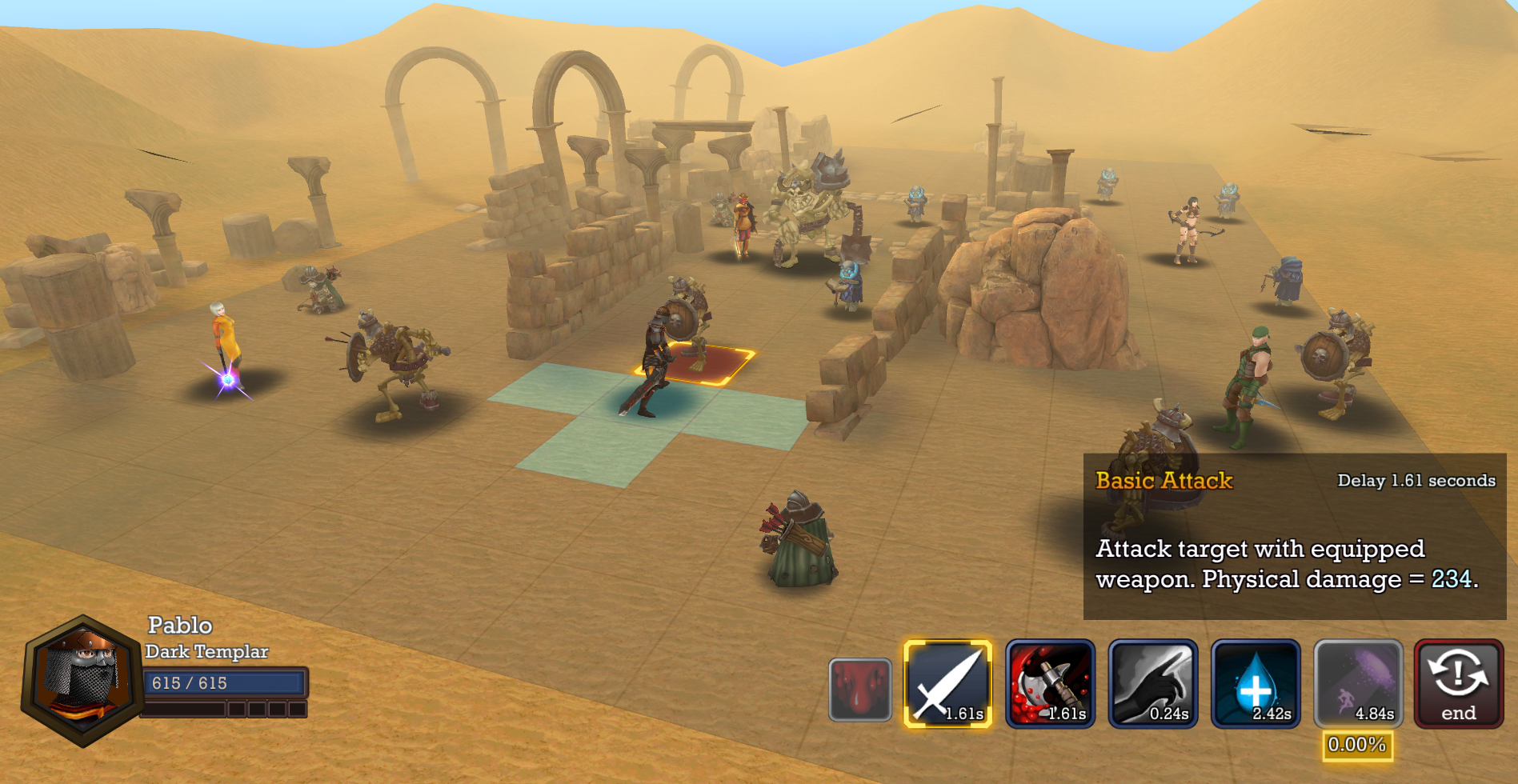 Tyler Projects has come a long way since arriving on the scene in 2007. A former giant in the early days of Facebook games thanks to the success of their first title, the strategy game Battle Stations, the Singaporean development studio has since moved on to smartphone, PC, and console platforms to cater to the changing demographics. They are also one of the studios who are planning to publish under DigiPen Game Studios (DGS) to launch on the Nintendo Switch™.

Lauri Gui, a 2015 Bachelor of Fine Arts in Digital Art and Animation graduate, is no stranger to the company. He started off as a freelancer for Tyler Projects before being invited to a full-time position as the lead 3D artist for Chrono Clash, the studio’s upcoming title.

Chrono Clash takes its inspiration from the narrative style and gameplay of Final Fantasy Tactics. The game, according to Leonard Lin, CEO of Tyler Projects, takes place in a fantasy world of dieselpunk and steampunk aesthetics. Unlike the usual Warrior and Mage classes found in similar games, players in Chrono Clash get to play with fun and unique character classes like the Gear Knights and Artificers.

As the lead 3D artist, Lauri Gui is in charge of modelling, rigging, animating, and occasionally designing the characters for Chrono Clash.

“Personally, I am a big fan of tactic games,” Lauri said. “The game has a foundation where it appeals to the masses.”

“The single-player gameplay on the Switch will allow players to learn more about each character’s backstory, and then they can unlock job classes related to the character. There will also be a map to explore, and there will be additional graphic improvements since the Switch can support more powerful shaders.”

Lauri described his role as both matching and enhancing Leonard’s creative vision for the game. Because Leonard is in charge of the overall storyline and worldbuilding of Chrono Clash, he has the final say in whether Lauri’s models are up to his standards. Over time, Lauri says, he’s gotten a much better sense regarding Leonard’s tastes, so his work doesn’t require as many changes as when he first started out.

“In DigiPen (Singapore) I was encouraged to explore my own style for my projects,” said Lauri. “But upon entering Tyler Projects, I now have to learn how to appeal to a wider audience.”

That’s partly because Tyler Projects aims to have their game appeal to both Eastern and Western audiences. As such, Lauri has the challenge of working with two different visual styles for the male and female character models.

Since he is in charge of the assets of the game, he has to churn out the models faster so that the programmers can implement those assets before the designated project milestones. In addition, Lauri also faces the challenge of working with the programmers to diagnose and fix implementation errors and/or find solutions to limitations of the game systems.

One of the more interesting tasks that he’s taken up while working at Tyler Projects is creating a cinematic trailer for Chrono Clash.

“I’ve always been more of an animator,” he said. “So when I was given the opportunity to make a short cinematic trailer, I got pretty excited. It means that I get the opportunity to direct the camera cinematography in addition to animating the models.”

While the challenge of the job is steep, Lauri’s supervisor had only good things to say about his employee’s contributions so far.

“Lauri has helped improve the overall quality of the character models ever since he’s joined us,” Leonard said. “He has been instrumental in raising the production value of Chrono Clash.”

Leonard says the team is excited to be working on a game for Nintendo’s new console, and he’s also thankful for Nintendo’s feedback during their meeting in the DigiPen Game Conference in February.

“Their comments have convinced me to push the idea of a technological fantasy world to the forefront, whereas before this I wanted to save the technology as a surprise,” he said. “This will certainly highlight the fact that Chrono Clash isn’t traditional fantasy.”

Speaking about the Nintendo Switch release, Leonard said that Chrono Clash will be single-player as opposed to the asynchronous multiplayer gameplay in its smartphone version.

“The Switch has enabled us to dream bigger about the game,” Leonard said. “The single-player gameplay on the Switch will allow players to learn more about each character’s backstory, and then they can unlock job classes related to the character. There will also be a map to explore, and there will be additional graphic improvements since the Switch can support more powerful shaders.”

Chrono Clash is currently available in early access on Google Play, and the Nintendo Switch version is expected to come out in 2018.